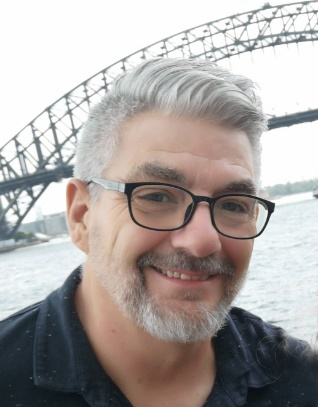 Bruce’s practice has seen him work nationally and internationally on published games as a 3D artist, director of virtual studio collaboration for remote teams, represented Cinemaric Film Company at Cannes Film Festival and has presented at BBC Innovations Labs. Bruce has written several published journal papers (IEEE journal) on stereoscopic film production that he presented at ‘IC3D Conference’ at the University of Liege (Belgium).

Bruce has an MA in New Media Production from Liverpool John Moores University (UK) and post graduate certificate in Teaching and Learning in Higher Education and is a Fellow of the HEA. He is a Davinci Resolve Certified Master Trainer and is currently undertaking a PhD at Griffith University Film School (Australia) on “An investigation into stereoscopic cinematic film as a distinct art form.”